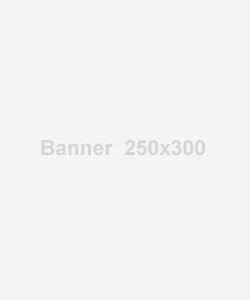 What is Md5? Md5 stands for Message Digest 5. It is an algorithm that is used to verify data integrity through the creation of a 128-bit message digest from data input (which may be a message of any length).

The message digest is as unique to that specific data as a fingerprint is to a specific person.It is intended for use with digital signature applications, which require that large files must be compressed by a secure method before being encrypted with a secret key, under a public key cryptosystem.

Md5 is the third message digest algorithm created by Rivest. All three have similar structures, but MD2 was made for 8-bit machines, in comparison with the two later formulas, which are optimized for 32-bit machines.

The MD5 algorithm is an extension of MD4, which was found to be fast, but not entirely secure. In comparison, MD5 is not quite as fast as the MD4 algorithm but offers much more assurance of data security.

How this tool works

Enter the string of data in the text box and click 'submit,' and our generator will compute (using a cryptographic hashing algorithm) for the Md5 hash. You can then send the Md5 hash to whoever you need to send that data to. Has it cracked and should it yield the same results, then the integrity of such file or string is verified?

There are several reasons people need to generate an MD5 hash of a string. One such reason, for example, is to generate the hash of a particular password, especially when they are trying to crack it.

For your privacy, this tool does not store any of your results in our servers. The process is not going to log any data you generated, so you can be secure in the knowledge that once you copy the digest and close the tab, you are the only one who has that digest. Also, take note that this tool will only work to compute the MD5 hash of a particular string.

Be aware too that this MD5 is a one-way hash function. That means it can take a message and then convert such message into a fixed digit string called a ‘message digest’. You cannot input a message digest here and expect to be given the original message again. You would have to have it cracked properly elsewhere to retrieve the data inside.